From Punch Cards to Supercomputers: Computing at Pitt | Information Technology | University of Pittsburgh
Skip to main content
Information for:

From Punch Cards to Supercomputers: Computing at Pitt

With the majority of us walking around with smartphones in our pockets, it’s easy to forget that the first personal computer (the MITS Altair) wasn’t developed until 1974 and that they didn’t start to catch on until 1977 with the release of the Apple, TRS-80, and Commodore Model 1.

The University of Pittsburgh has been harnessing the power of computing since long before PCs sat on most people’s desks. In fact, Pitt Information Technology recently recognized the 50th anniversary of the Network Operations Center (NOC). Today, the NOC is the central hub for Pitt’s computing infrastructure, providing 24/7 monitoring, housing the 24/7 IT Help Desk, and hosting centralized and departmental servers.

The NOC wasn’t always the advanced computing facility that exists today. Three long-time Pitt IT staff members — Jay Graham, Raul Valles, and Brian Hart — recently sat down to share their memories of how computing at Pitt has transformed.

In the 60s, computing at Pitt was limited to mainframes used in major administrative and academic processes, such as running grades, paychecks, or financial reports. Every bit of data was manually input by operators, resulting in a punch card for each record. Those punch cards were then fed into a reader, which input the data into the mainframe.

Initially, Pitt’s mainframes were kept on the 7th and 8th floors of the Cathedral of Learning, which would soon become an important site in the Civil Rights movement at Pitt. The Black Action Society had formed in 1968. The following January, about 40 students staged a Computer Center takeover. The sit-in was successful in creating a more productive relationship between Pitt and its Black students, faculty, and staff. However, these events also exposed the risks of having the mainframes and the data they stored in an unsecured, publicly accessible space. 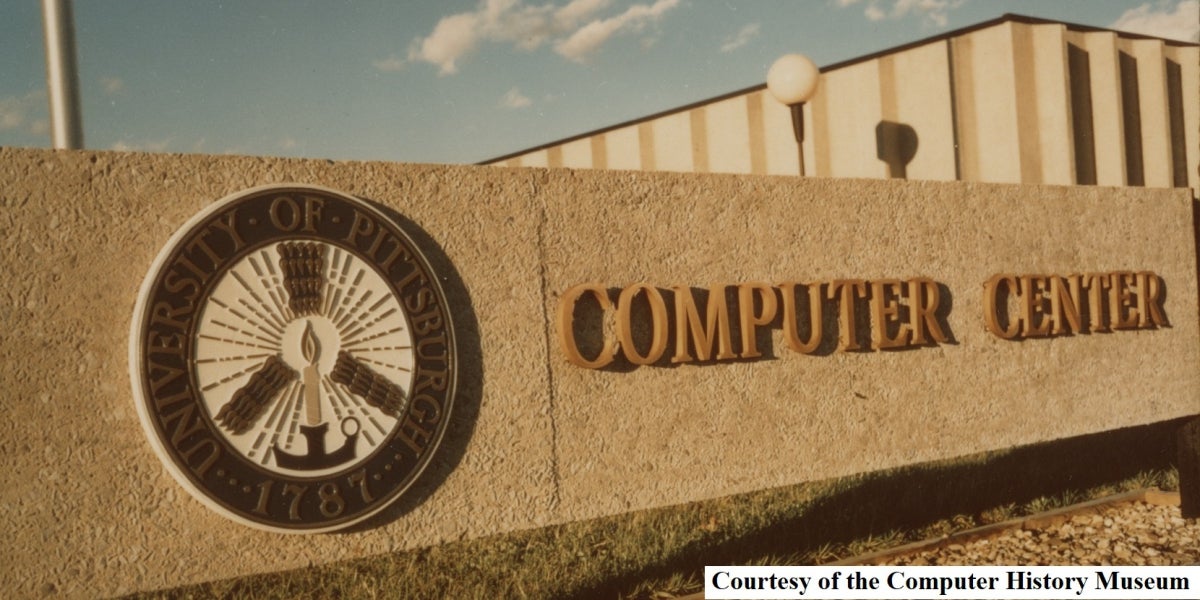 So the University explored creating a space off-campus with more security, more reliable power, and better environmental controls. On December 2, 1971, the Computer Center opened in a specially built facility at RIDC Park in Blawnox.

While the Computer Center was advanced for its time, the challenges are shocking to people used to the ubiquitous connectivity of 2022. Valles joined the department in 1979, and Jay Graham came aboard in 1986. They both laughed as they recalled some of the challenges they faced at the time.

“There was a big microwave antenna on the top of the Computing Center, and we’d lose connectivity every time it snowed,” Valles recalls. Graham one-upped that memory. “There was a home near the Computer Center with a giant tree that interfered with the signal. The homeowner didn’t want to cut it down, so we needed to abandon the microwave link for a land-based cabling solution.”

Both men saw first-hand how the adoption of personal computers transformed the use of technology at the University. “When I started, I personally knew every single piece of software that was available for the IBM,” Graham recalls. Word processing and spreadsheet programs, along with WYSIWYG capabilities and Windows, took the PC from the tech specialist to the average person. Pitt opened the first Student Computer Labs in the mid-80s, after negotiating contracts with IBM and Apple.

As personal computing became standard at the University, getting access to the needed hardware and software became a challenge. In 1995, Brian Hart was a family studies coordinator in Human Genetics. He recalls the frustration of waiting nine weeks for new software to be delivered. So when a position in site licensing was posted in 1996, he applied for the position. “Back then, software came in a box, on disks. Even the lab machines had to be started with a boot disk. This was way before you just downloaded software online,” he recalls. 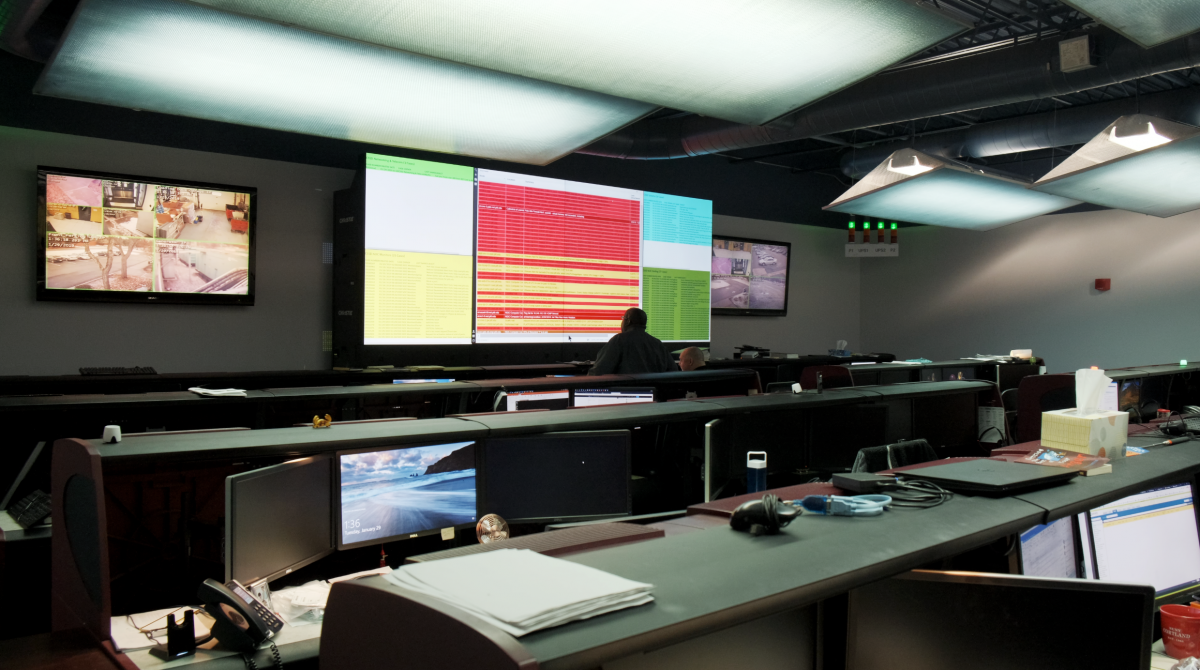 In November 2000, an 8-hour network outage brought the University’s computing to a halt, putting into focus the need for improved redundancy, reliability, backups, and security. A $5 million overhaul of the Computer Center soon began, with all equipment and servers moved to the newly named Network Operations Center (NOC) in 2004.

The goal of the NOC was to break down silos to provide a 360-degree view of the network and enterprise services. The impact was immediately felt. “We saw a 64% decrease in user-reported incidents, because we were able to address issues before many users could report them,” Graham explains. 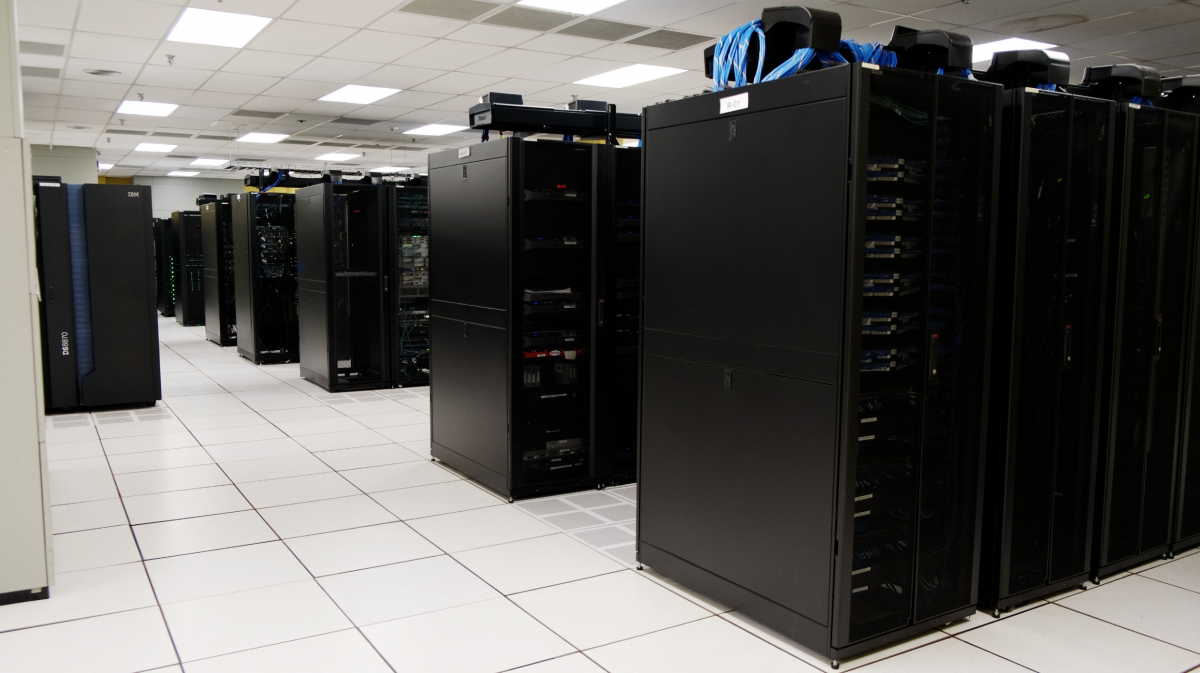 Now, the cloud is transforming computing yet again. As physical servers quickly occupied the space available in the facility, the NOC turned to VMware and virtualization. Using VMware, a single server rack can house hundreds of virtual servers. With cloud technology, on-premise server racks aren’t necessary at all for many services, such as large-scale data storage.

“I saw the birth of the personal computing era. (My first computer was the Commodore Vic 20 and then the Apple 2e.) Now I’m seeing the decline of the PC era, as people use phones and tablets more powerful than any of those early devices and cloud-based computing that separates computing power from the actual device,” says Graham, who now serves as Pitt IT’s chief enterprise architect. “I feel privileged to have lived through all of that.”

Check out all the great student, faculty and staff blogs provided through Panther Bytes.

Stay updated on the latest Pitt IT news, services, and events: